ITALY IS LOSING HOPE. BUT LOVE CAN ALL, LOVE WINS. JUST BELIEVE IT! 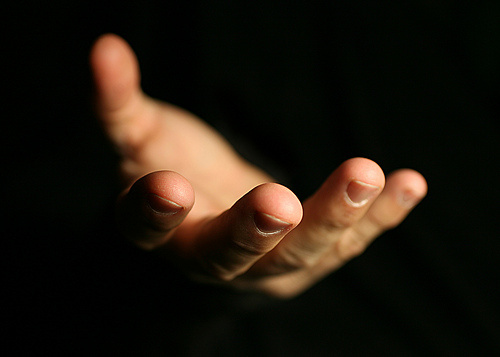 What are the expectations today of the men, women, young people, children or the elderly who live in Italy?

All hope has vanished, all desire for growth and change has given way to a fear of existing and living, every positive speech has erased the minds of the Italians, every glimmer of light has been engulfed by darkness.

What to believe in then?

In taxes that in the last years have been increased to try to repair the damage that has by now reached such a level that it has become irreparable?

Believe that those people who have become poor and have been stripped of all dignity will finally manage to come out of their conditions of poverty to be able to maintain and feed their children without having to look in rubbish bins?

The data is clear: the poor are getting poorer and those who do not find the strength to react commit suicide or enter a dead-end street made of alcohol and drugs.

And those who are duty bound to intervene?

They continue to stuff themselves without worrying that the Country, Italy, is falling into a vortex of poverty, selfishness, indifference, hypocrisy, superficiality, a complete collapse that will bring us back to a primitive age.

What to do then?

How can we react and rebel against a system that oppresses human beings and views them as dirt to walk on?

We need to start believing again in love and selfless charity, believing that it is also possible to fight with simple and honest weapons, such as friendship, loyalty, peace.

If everyone did their part contributing with their seeds to create a garden of love, then we could start having hope again.

Love goes a long way and is able to turn even the most difficult and intricate situations in positive ones.

Love rescues, love gives man the hope to live, to feel free, to look at the future, to be able to be free of the bondage of taxes, political games and poverty.

Isn’t this enough yet to make you rise and wield the good weapons of love, faith, charity and make you fight together?

Look at what happens around you without closing the door on your neighbour, do not meet up to criticise without offering constructive ideas, do not waste your time complaining about what has happened.

Get up and start smiling to offer your smile and your optimism.

You are not able to do the things you used to do before? You don’t have the money to get to the end of the month?

Be creative, use your hidden weapons, your talent and react.

Invent your work, always try to find something to do because it is inertia that completely empties people and pushes them into doing extreme acts.

Do not be afraid of offering even the little that you have to those who are poorer than you.

Hatred and selfishness lead to discord and corruption and impoverish people.

Arise, react, do not let any kind of power take your dignity of living away from you.

WHO ARE THE REAL MEN? THOSE THAT USE WOMEN AND LOCK THEM AWAY OR THOSE WHO RESPECT THEM AND ALLOW THEM TO FLY?
TRAMPLED INNOCENCE