“FIGHT ISIS IT’S A MUST FOR ALL MUSLIMS AROUND THE WORLD”. ISLAM CONDEMNS ISIS 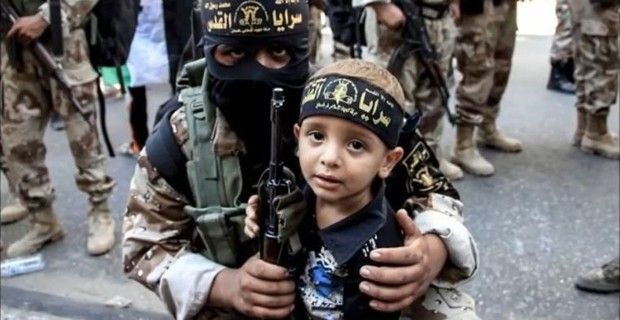 Why do they use power to impose their ideology?

Why do they use weapons to impose a religion that is not based on Islam or Christianity?

This is based on a perverted, diabolic and criminal mind of black hooded men who destroy wherever they go. And unfortunately there are countries who finance weapons only because they consider a war as an opportunity to make money. Because they chose the way of richness.

There are men who furnish weapons and they believe this is the right thing to do in support of the islamic religion.

They recruit, or rather kidnap children to educate them to use weapons and then they are ready to belong the ISIS groups to fight against christians.

But Pope Francis says: “Using the name of God to excuse this way is a blasphemy”.

War with weapons can bring only death, destruction, ruins, lost education for many children, death for many innocents.

It can’t exist a religion who excuse to use weapons to impose its own supremacy.

Everyone is free and has the right to believe in his own religion.

It’s false, it’s a lie when you listen that islamic religion wants to establish itself on other religions and it has the right to do that by weapons’ means. The islamic religion doesn’t support this concept. This is an invention from ISIS.

ISIS wants to convince other muslims to belong their own groups with falsehood and lies.

Quran recognizes the figure of Jesus Christ as a prophet. It doesn’t condemn his works, it just describes him.

In support of this thesis the Imam Saifeddine Maarouh, from an important italian community, said: “The rule of going and attack, terrorize people deliberately doesn’t belong the islamic culture”. And he continues: “Creating a State is not a mission from the religion, it’s not a precept. It’s not required. Killing oneself is a sin, killing is a deadly sin. Who will do that has to know that he will never enter Heaven. These actions are not a martyrdom. These actions are not sacrifices for God”.

There was also an International Council of Muslim Organization and they explained (fatwah): “Fight ISIS it’s a MUST for all Muslims around the world”.

And then, who is ISIS’ God?

Gabriele Amorth is an Italian Roman Catholic priest and one of the most important exorcists of the Diocese of Rome who is reputed to have cleansed tens of thousands of demonic possessions via exorcism.

Surely he thinks that’s Satan. ISIS is Satan. ISIS believes in Satan and he is on a mission from Satan, God of lies, God of supremacy, God of hate, destruction, death.