EUROPE HAS LOST ITS IDENTITY. WHAT HAPPENS NOW? 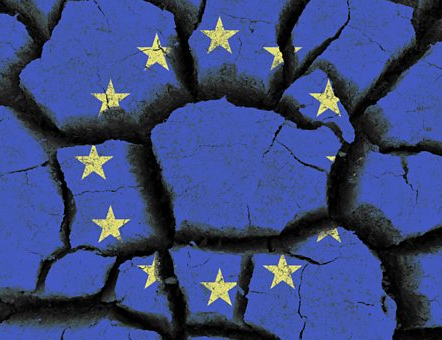 Treaties, directives, agreements, international pacts, work stations, all for what? Finally we are united in a centralised system from which it becomes ever more difficult to escape, a system that does not protect the individual freedom of a single state and leads us in a downward spiral.

Here we find ourselves having to deal with a Europe that doesn’t know who it is any more. It does not remember that it was founded on Christian roots.

A Europe that if it goes on like this, will soon be welcoming the third world war, as many people now expect. For this reason, it has long been said that Merkel has been creating food and water reserves.

Now I just want to pose some questions, to create some food for thought, and allow us all the choice to respond.

So…Has this Europe truly facilitated the development and growth of the economy of every member state?

Has it protected us from the advance of the Chinese empire? Have protectionist policies been adopted?

Has the pact of stability, which should be respected according to the Maastricht Treaty, and harnesses income, helped the individual state communities that find themselves in increasing difficulty?

Has the immigration problem been resolved? Or have we at least arrived at an understanding of the real support that needs to be given to those who are forced to migrate, by helping them on their own lands, rather than welcoming them across borders to live as emergency refugees?

Was the Euro currency a good or bad thing taking into account the overall increase of the cost of living, which does not correspond to a real increase in wages?

Maybe someone now would reconsider it and call into question their own beliefs.

And now we want to talk about national sovereignty? Italy, for example, has now been living for years in a stalemate, governed in recent times by three presidents that were not democratically elected. They have come in quick succession after Berlusconi, the last democratically elected president. I am referring to Monti, Letta and finally the current president Renzi. Does Europe think that this is nothing to do with them?

THE FATHER’S EMBRACE
STORY OF A TEENAGER