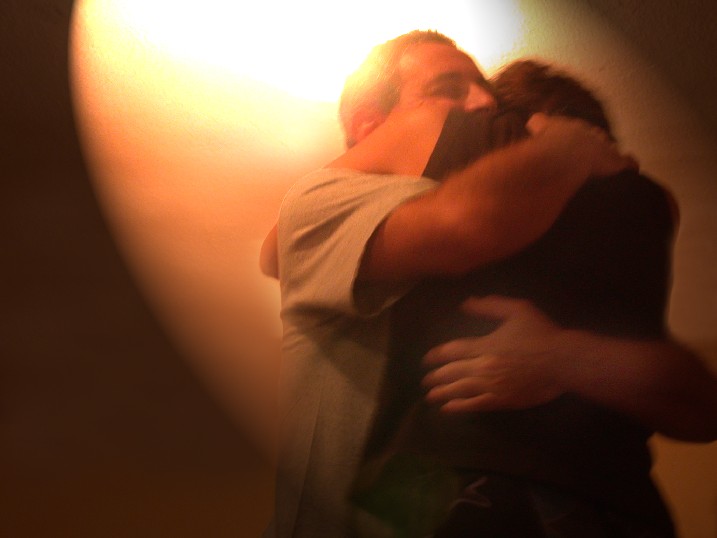 People normally think that the passage from the Gospel in Luke 15:11-32 which narrates the story of the prodigal son is a parable that Jesus only told for Christians.

When reading of the Father who hugs the son who returns home, people think of God.

The Gospel simply talks about a Father without any specific reference though.

All people can identify themselves with that embrace. Anyone can receive the loving embrace of a father, be him God or Allah,  welcoming, caring, gentle, kind. Anyone can benefit from returning home, restoring their soul and their identity as sons. Nobody is denied the love of a Father who, while giving his children the freedom to make mistakes and to choose their own path, waits for their return. He respects the choices made by his children and waits. But as soon as he sees him, he makes the first step: “He ran to his son, threw his arms around him and kissed him”. A Father who loves his children regardless of their choices, mistakes, changes of path. He loves. It is only love to move his heart, his actions, his thoughts, his judgement. And it is only giving this love that the son feels enveloped in this embrace, at home. His innermost soul, a home where to welcome the divine light in all its glory. A light that regenerates and nourishes the relationship with the Father enabling a meeting that happens at a level that is above the material world. A meeting that creates peace, joy. A meeting in which one must show up void of all certainties, convictions, claims. A meeting in which it is essential to surrender totally to that deep embrace. An embrace that removes any doubt, that cancels all fears and which shapes a new font of life: the heart of one’s own soul.

In that embrace one can feel all the warmth of a Father who welcomes each son in their uniqueness without any claim to define them but with the only desire to love them. To love them in their simplicity, their poverty, their purity, their weaknesses, their limitations, their fears.

And it is because of this embrace that each son should return home, knowing that there will always be a Father on the doorstep waiting to donate them his infinite love.

TRAMPLED INNOCENCE
EUROPE HAS LOST ITS IDENTITY. WHAT HAPPENS NOW?