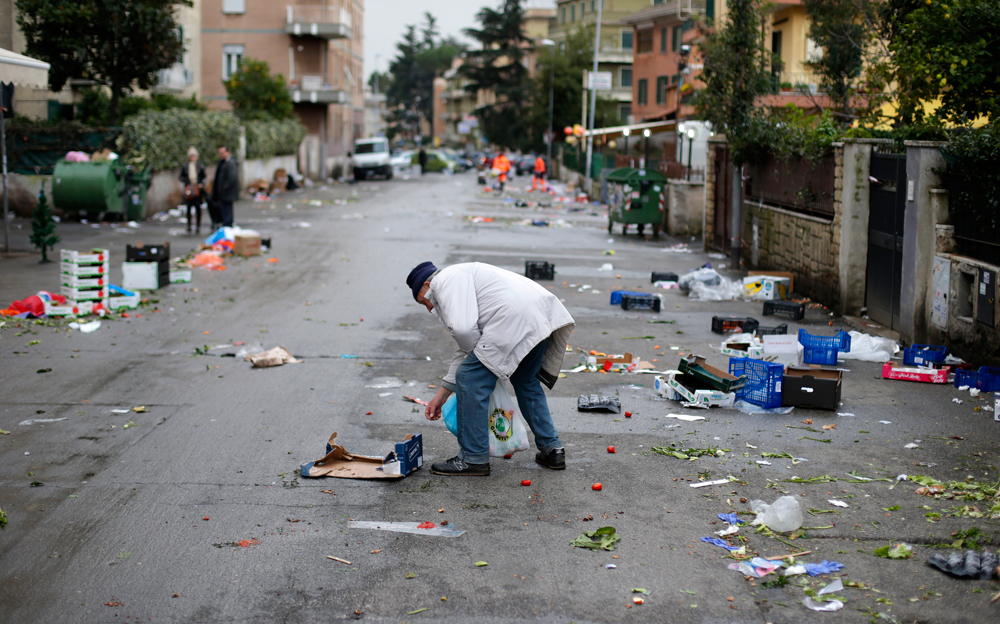 Now we need to be realistic. The times of great countries are gone. The period of the 60s are over. The years of the economic boom. Now Italy is angry, bitter, exhausted and almost hopeless. A victim of the Europe that has led to little good. A Europe not based on principles of solidarity, respect and mutual support. Britain has done well with Brexit.

Italy finds itself, now more than ever, trapped in a completely corrupt system of classes that have always only looked after themselves, often to the detriment of the common good.

So what do we do?

We won’t accept everything passively. We will not be taken for fools. We will react so that we don’t succumb. But we will always avoid all forms of violence or revolt. That would not solve anything. It is just like an ignorant discussion going round in circles, putting you on their level. You have already lost from the start.

Pope John Paul II contributed to the fall of the Berlin wall, he was a great soldier, bearer of hope, and has defeated communism by other means.

But what can we actually do?

Always fight for what we believe in. Defend our values, our traditions and our freedom that is trampled on day after day.

ARE WE REALLY FIGHTING ISIS WHERE IT NEEDS TO BE FOUGHT? ISIS IS READY TO MARCH ON ROME
THE BOX OF PAIN (BULLYING)