THE COURAGE OF THE TRUTH 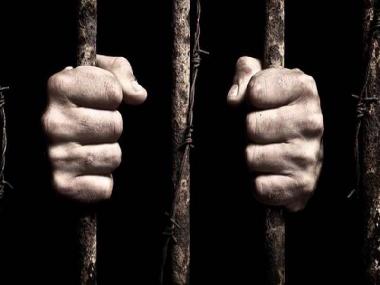 How many times our silences have led to judgments of condamnation unjust?

How many times our lies have hidden truth that could shed light on important facts?

How many times our fear of going against a corrupt system has judged innocent joung guys?

How many times we are afraid of the truth, to speak the truth?

Because the truth has a price to pay. Because the truth often unhinges the injustices, corruption, the presumption of superior feeling just because he wears an uniform or he occupies an important position in the work.

The truth is loyalty, honesty in work that takes place, in relationships that are established, in community life. The truth is to respect themselves and others.

A real man and a real woman if they have their own dignity are able to tell the truth.

Fight for the truth means fighting because end up abuses, injustices, corruption.

This is the story about a joung guy, Mohamed, who won all fear to bring truth and prevent an  unjust condemnation.

While he was working as a driver has witnessed an abuse of power.

The policeman without reason had stopped a motorbike. This guy had shown to him his own license. He was on his first working experience and with the money he earned was to feed his little son of one year.

Once the policeman asked him money, on the contrary, he would have ended up in prison with the condemnation of insulting the policeman.

And so it was.

The guy finished in front of the Court. Mohamed took courage, stood before the magistrate and told the truth of the facts.

Why the guy had to be unjustly deprived of his freedom?

Why someone had to abuse his power to ruin the life of a guy?

Who would buy food for his baby?

Mohamed asked to the magistrate to put his hand on his heart and look into the eyes this guy: was  he really a criminal from having to shut up because dangerous?

And while Mohamed was light on the truth silence descended on the Court. No one spoke. Mohamed continued:  I do not judge the work of so many policemen that help in maintaining public order and I thank you. I ask only that justice and the truth triumphs. That it is given an exemplary sentence to those who abuse their power to extort money, to those who abuse their power to unfairly limit the freedom of others.

The magistrate, remained in silent until then, at the end he gets up and proclaiming the innocence of the guy, condemns the policeman.

What would have happened if Mohamed had stayed silent?

Maybe now that guy would be in prison serving his sentence.