Who is Samuel Colombo? 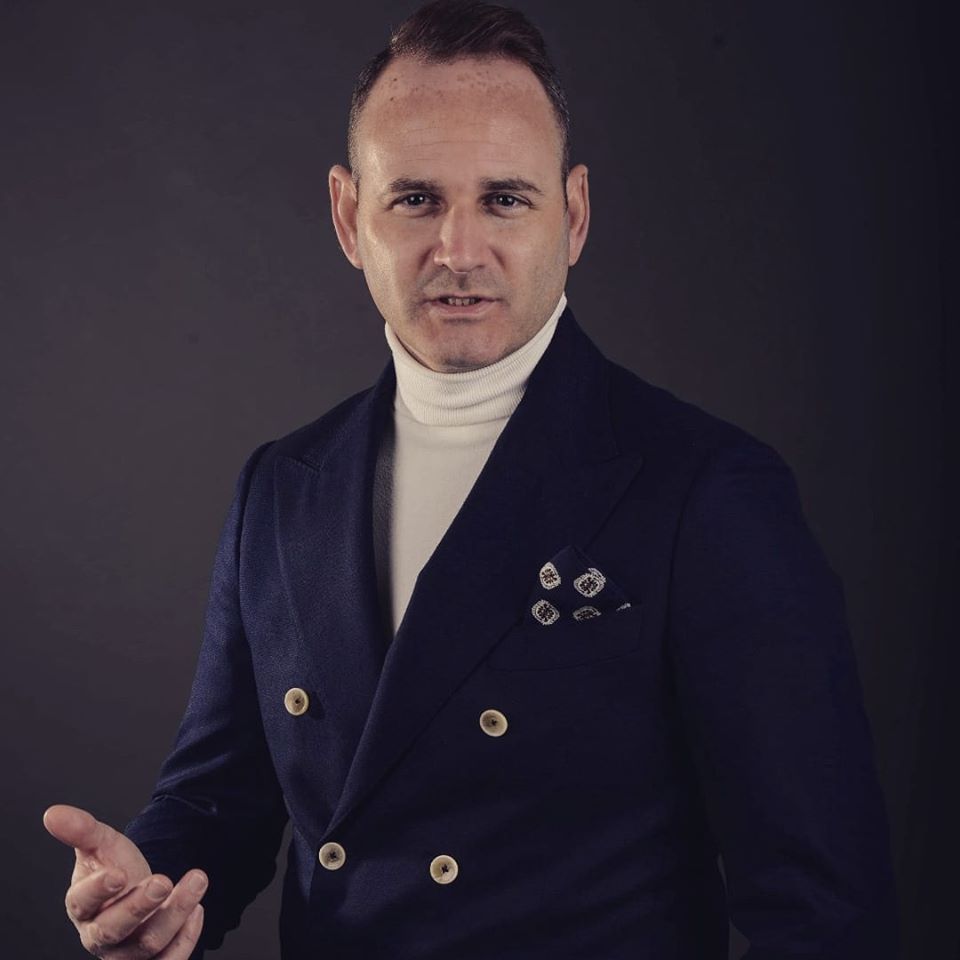 My name is Samuel Colombo and I’m an entrepreneur of Italian origin. CEO and Founder of the “West Africa Corporation”, a media company based in London with an operating office in Freetown. Director of the “Rivelazione”, an Italian in-depth newspaper, Journalist and Blogger. President and Founder of the “Solidarity”, a volunteer organization based in Sierra Leone for social projects in support of life and with the aim to reduce the mortality tax about children under five. Upcoming artist and musician for passion, singer and songwriter.

I am a serious, responsible and professional person. Honest and creative one, problem-solving expert, a realistic man but at the same time a dreamer. Precise and perfectionist one. I know what it means to work in a team. I face every situation positively and if I don’t know how to do something I learn quickly.

I know how to promote, advertise a product, a place, an event. I’m a marketing expert and I know the world of Social Media. For example, in my personal page on Facebook I have something like 100,000 followers. My newspaper gathers 20 thousand people. On Youtube I have videos seen from 1,000 to 70,000 people and more. Recently with my media company I’ve also created the “Paradise N Dreams” and the “Samuel Colombo Adventures”, two platforms to promote the beauty of creation, products, restaurants, hotels, resorts, adventures, travels and spread positive messages, good vibes.

In 2014 I realized in Sierra Leone my first music album entitled: “Freedom of Living”.

I realized even an important and professional music video where I spread positive messages, necessary in a world full of hate, and I promoted the country Sierra Leone. Love, joy, complicity are just some of the key words in this video. A mix of romance on the notes of my song “Forever with me” from the Latin rhythms, warm, cheerful, danceable and inevitably triggering (here is the video).

But let’s see something about my life.

My life is coloured by experiences that have contributed to my moral, mental and spiritual growth.

After graduating in Communication on a thesis in Subsidiarity and Lombard Region Welfare with my relator Professor Paolo Del Debbio, important journalist and Italian television anchor, and Masters from IULM University in Milan, I had different working experiences:

I had my first working experience in “Promos”, special company of the House of Commerce in Milan that internationalizes small and medium enterprises. At that time I had refused to go to Rome to have a working experience for the Ministry of Social Welfare. In Promos I supervised their website’s communication. I even made innovative proposals without being asked.

I worked at “Sicom”, one of the great and important event-marketing agencies in Milan, always being fascinated by show business and actively being involved in show business even as a child. In Sicom I developed a project linked to the “Milano Jazzin Festival” and I collaborated in every aspect of the company trying to be always proactive and useful.

Subsequently, I worked at “Aler Milan” which is an important participating society of the City of Milan that manages and builds houses for low income earners. There I held different responsabilities, among which I was building manager, charged with the duty of relating with tenants, trade unions, politicians, the office of the General Director and that of the President.

Then, I decided to risk something of my own, my own society in Italy, even in an economic crisis period. I’ve always loved challenges in my life. I’ve always placed concrete objectives to achieve, little by little. I’ve owned a social services and event planning company. One recalls the great event I organized in Milan: the “Solidarity Talent Festival” where politicians, artists of international fame, directors of orchestra, dance instructors of great and prestigious schools and Academy in the World, TV personalities, world ballet champions, Caribbean dancers, etc. gathered.

In 2013 I went to Sierra Leone where I planned the “Solidarity Talent Festival” even there. I suffered so much for what i saw in that place.

My eyes saw poverty and death. I met eyes of innocent children becoming happy when receiving a candy or a piece of bread. My eyes saw young mother alone at the wayside because they only have the task of generating life and of caring for children. My eyes saw malnourished children, women who give birth to God’s creatures most often in critical and disadvantaged conditions. My eyes were filled of tears of love and I could not keep a straight face and hide myself behind a reality, a country, a village that is unable or unwilling to improve its own condition.

So I decided to start social projects to help the Country. That’s why I created the “Solidarity”, my volunteer organization. Life is a journey who always surprise you. A journey who never ends.

In 2014 I decided to leave my country and I moved to Sierra Leone to bring on my social and musical projects. I started a new life. I have lived there for some years and I worked in different sectors. Before as entrepreneur in the transport sector and subsequently as personal assistant of the General Manager for “AYV Media Empire”, the most important media company in Sierra Leone who welcomes TV, Newspaper, Printing press and Radio.

After these work experiences, I created the “West Africa Corporation”, my own media company based in London with an operating office in Freetown (Sierra Leone), and right now I live between Africa, Italy and London.

Since a child I’ve always been fascinated by the show business. At the age of 5 I joined the Treble Choir of my town. At 12 I attended for four years private lessons of saxophone with the master Giuseppe Raffaele Barletta and at the same age I starred also in two plays they made me love the environment of acting too. I was children’s entertainer in the Church of Bussero. At 16 years I took lessons in operatic and modern singing for a year at the ‘Nova Canendi Academy’ with the soprano Simonetta Minervini. Later I took lessons of modern singing with the musician and singer Gianluca Sambataro at the Aloysius School in Bussero (Milan). I took part in the gospel choir of the ‘Giordano Bruno’ High School in Melzo. Since the secondary school I was already active with my band ‘Blues Friends’ with whom I recorded two demos with cover versions. I organized several events in the course of my life: at High School with the support of the headmaster, at the University with the collaboration of the Professor Saverio Monno, with my band in the great and prestigious Clubs in Milan, with my company.

I’ve always loved the show business. I’ve always loved music and also to sing, to express myself, to have fun and entertain at the same time and to transmit positive energy to those who listen to me. This is an attitude that I’ve developed through the time paying gradually more attention to the messages the words set in music may communicate. Growing up I started to consider the role of music and its power to influence lives especially of adolescents and young people. Therefore I decided to write music to carry on the values in which I firmly believe and to write songs that tell my life, my inner struggles and personal growth that changed my way of seeing things and of experiencing the world. The main purpose of the words I put into melody is to invite everyone to put wings of freedom and fly towards the eternal infinity.

During my stay in Sierra Leone I accepted the challenge as an artist of making a music disc produced on site. I decided to improve my voice enrolling at the “Ballanta Music Academy” in Freetown, but in particular to customize my singing and rediscover myself. In the same period I wrote many lyrics by myself and thanks to the help of producers, engineers and recording studios, after months of intense work finally these words took soul.

I started spreading my music in villages among young people because my words set on music are meant to stir consciences, hearts and reach souls to bring hope, love, courage, joy, desire to react without continuously succumbing to misery and poverty.

As young man I wanted my lyrics to take voice through different sounds, since musical genres are so different just as diverse may be the steps a soul can cross; from the romanticism and sweetness to a wild dance as expression of oneself, to the rap spirit to face society, to the resurrection of the rock’n’roll.

I also tried to show that even in a Third World country one can achieve something important and of high quality with producers, engineers, artists that work passionately for the success of a good product.

Now I’m working on spreading my music wherever it’s possible, out of Sierra Leone. I want it to reach the hearts of all young people in the world, men and women, that in different ways need a light of hope, support and optimism. Often the words of a song reach more people than many speeches can do.

In a society in which we are constantly surrendered by negative news that leads to pessimism, fear, discouragement and often makes us turn in on ourselves, I believe it is necessary to join forces to react and give the world a ray of light. This may give the strength to fight and to go ahead but not by inertia or because you have to, but because you believe that with God’s help a change is still possible.

It’s a book for those whose daily mission is not to stop fighting.

It’s a book for those who never give up. For those who, despite bruises and wounds, even in the face of much suffering, even if tired, do not stop reacting.

It’s a book for those who feel down and need strength, light and hope.

It’s a book to inspire you to react from any form of anxiety, fear and unnecessary worry.

A book that acts as a medicine to fight against depression, panic attacks and sloth, the diseases of our time widespread in Western Countries.

It’s a book that gives you the strength to react. It energizes you. It motivates you.

Some information about my political experience:

My father, a prestigious Director of the Lombardy Region, introduced me when I was very young to the political world. I started being Responsible for “Forza Italia” Party in my University in Milan. Subsequently I was Coordinator for my town Bussero (MI) for the Party and town Councillor. I was also a mediator for political affairs for the eastern province of Milan for an important Senator. I organized meetings, dinners for mayors, honorables, town and district councillors and members of Government. Eventually I was a candidate for Mayor of my town.