Can we defeat undernourishment and stop the death of children? 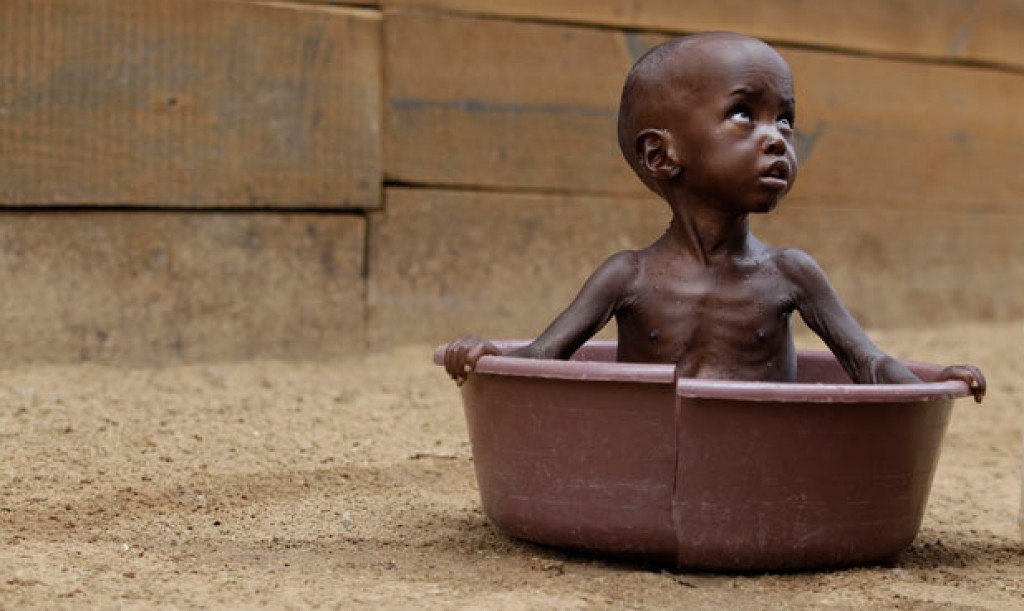 Everywhere you walk in the streets of the villages of Sierra Leone, you will see children with swollen bellies, their bare bodies so thin that you can count all of their little bones.

Children who do not know the meaning of nutrition and have only rice to survive. Children who refuse the food that some of the Westerners who happen to be there offer them because as soon as they ingest something different,  they get sick, vomit. Children who, without the proper caloric intake, get sick. Or they become so weak that they don’t have the strength to react to any simple infection or inflammation. Or, as it often happens, they weaken and die every day killed by the indifference of the world.

Yet, they are only children, innocent creatures who don’t know that our refrigerators are filled with all kinds of food to satisfy our taste buds at any time of the day. Children who don’t know the difference between fruit, meat and vegetables. Children who to survive must be content with their daily ration of rice. Not forgetting to mention the dirty water they drink as they don’t have enough money to buy it.

Yet Sierra Leone is not poor in resources! Yet Western powers invest in it!

The subsoil of Sierra Leone is rich but the population is not able to collect its resources. They don’t have the instruments to prepare the land for cultivation. The population does not have the culture to use farmland to plant fruit trees and crops.

How useful this work could be, especially for the poor who are the majority, and how many innocent little lives could be saved. Unfortunately, infant mortality rate is 40% in Sierra Leone.

Decrease malnutrition is possible but we must join forces and in particular it is important to teach the local population to get what they need for nourishment from the soil. The local population must be given the means to cultivate the land. Almost every family has their own vegetable garden.

And also animals. A lot of chickens, rabbits, goats, pigs. Unfortunately, also the animals are malnourished and are left free to move even in dirty areas, unfit to breed and produce the right nourishment.

And so we still have sick children, children who cannot live their childhood as they are deprived of the energy that should characterise them. Children who this Christmas are not asking for a new toy but for some food to eat.

‘Meet Joe Black’: what a good film can bring forth within us
Solidarity: “Return their childhood”