Marco Magno is the new Director of Freedom, the international newspaper of Samuel Colombo who says: “We are honored to have him in our team. He’s the right person!” 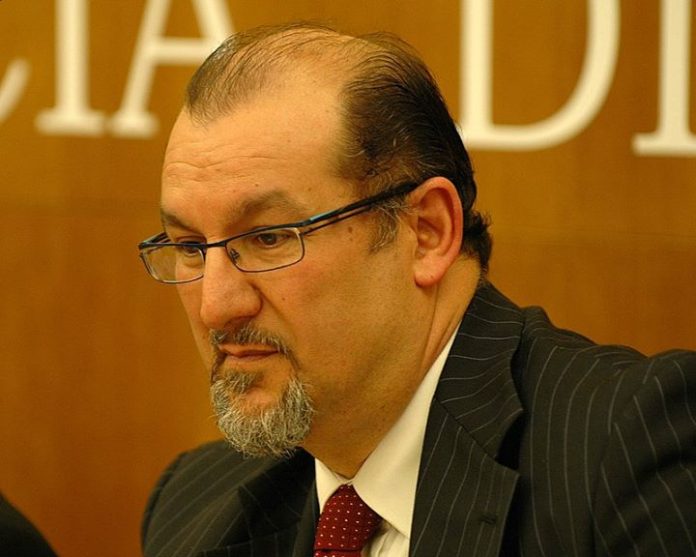 “Today I want to thank Marco Magno – Samuel Colombo says – who has accepted the election as Director of the international newspaper Freedom, recently founded with the aim to look at the world in search of the truth!

I am honored to have a person as Marco Magno as the Director of my international newspaper. I am pleased he has accepted. I admire him. He’s very well prepared under the religious, social and political aspects. We are entirely in agreement. I trust him. That’s what matters. And in these days it’s not a small matter. I know he suffered a lot and is still suffering the usurpation of the Throne of Peter. He himself lived personally the isolation by the false church that is today under the complete control of the Masonry. The same false church that condemns, strikes and isolates people of the old guard, the awkward figures, those who do not go along with. That’s why Marco Magno is the right person. At the moment he is already working. He is monitoring in details the Pappalardo affair in Italy, the case of Trump facing the Deep State and Bill Gates’ affairs. He studies, examines, wonders with no prejudices. He’s open-minded and he’s a person you can talk about anything.”

“I have accepted this trust-based assignment because Freedom is a free newspaper that doesn’t obey to a regime that most of the time hides the truth. I have accepted because it gives me the opportunity to make the news, to investigate, examine and verify what is true and what instead is made up. Freedom is freedom of information. Knowledge now more than ever is important in order to take the right decisions. Ignorance is creating robots that obey without knowing what they are doing. As the Director I commit myself to bring the truth. I won’t stop upon hearing the news but I will verify what’s true and if there are power games involved. Freedom is not a regime newspaper, therefore those who think they are reading trending news are completely wrong. Freedom doesn’t follow the trend, it  doesn’t follow the mob. Freedom is the voice of that freedom that sets you free.”